Skip to content
Home
Is Uber’s No Tipping Culture Under Attack?

Is Uber’s No Tipping Culture Under Attack?

Call for a ride with your phone, enter a destination (if you’d like), and then get out of the car once you arrive.  These days, that’s all it takes to get from point A to point B with the rideshare app Uber.  The process is painless, easy and most importantly of all, frictionless.  And that’s exactly how Uber wants to keep it.

But for one group of people, the status quo just doesn’t sit well.  When I first signed up to be an Uber driver, the fact that there wasn’t a tipping option wasn’t a big deal.  Drivers like me were enamored with this innovative form of transportation and in awe of how much money could be made just driving people around.

It wasn’t until rates started dropping, and driver saturation reached an all time high, that many drivers began to wonder why they couldn’t receive tips on Uber.

It’s not a bad question either, since when you think about how ingrained tipping is in the American service culture, there aren’t a whole lot of industries where tip isn’t expected (and maybe none where it’s not even an option).   And despite traditional below par service in the taxi industry, tipping has always been expected with taxis. 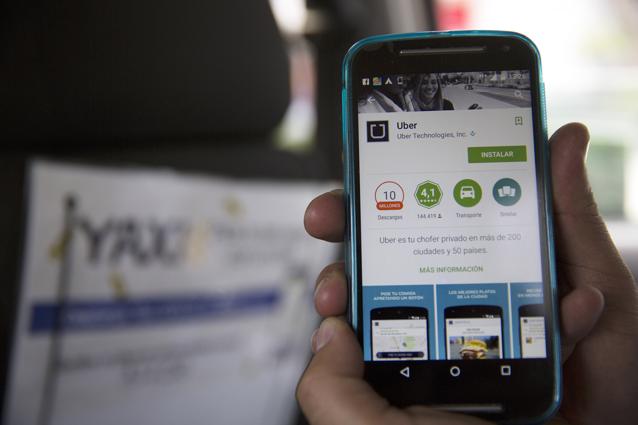 Why Do Uber Passengers Love Not To Tip?

Out of all the Uber passengers I’ve talked to, not one has ever said that they love Uber because they don’t have to tip.  Passengers may mention that fact later on, but most often you hear things like, ‘The experience is awesome’, ‘The cars are cleaner’ and my personal favorite, ‘The drivers are way better than taxis!’

But whether passengers realize it or not, not having to leave a tip really is a big part of the Uber experience.  We’ve all been through that awkward exchange at the coffee shop or the food truck when you go to sign your credit card receipt and there’s a line for tipping or an electronic option to leave a tip.

Even though all your barista may have done is hand you a coffee, there is still that societal pressure to leave a tip and the awkwardness can be palpable.

Uber to its credit, recognized this awkwardness and removed it from the experience.  And while many Uber passengers incorrectly believe that tip is included in the price of the fare, Uber hasn’t exactly gone out of its way to correct them.

Uber’s official stance is that ‘With Uber, there’s no need to tip’ which isn’t a whole lot different from their implied stance that ‘tip is included in your fare’.  Contrary to popular belief, there is no tip included in your UberX fare, Uber takes $1 from every ride and an additional 20-30% commission.

Unlike the restaurant or taxi industry, most Uber drivers that I’ve spoken with don’t think they deserve a tip on each and every ride.  They really only want the option to tip.  Tim Keough, an Uber driver and passenger told me, “Uber just needs to add the option to tip.  When I need a ride, I tend to use Lyft just so I can tip.  When I use Uber, I never tip because I literally never carry cash and I’m a fellow driver.”

There’s really nothing more frustrating for drivers than hearing from their passenger, ‘You did a great job, wish I could leave a tip, but I don’t have any cash.’  This actually happens more often than you might think and some drivers have taken it upon themselves to install everything from tip jars in their car to tablets with Square readers in order to make it easier for riders to tip.

One company in the space, Vugo, even went so far as to add a tipping function in the latest iteration of their rideshare advertising app.  Drivers on the Vugo platform now have a ‘tip your driver’ button on the tablet screen that sits on the back of the head rest (Vugo delivers rideshare ads to passengers).

Startups like Vugo have recognized the growing momentum for a tip function in the driver community and capitalized on it.  But that’s not where it stops.

There is currently a petition asking Uber to add a tipping feature that has garnered over 25,000 signatures from drivers.  This may represent only a fraction of the total number of drivers (Uber reported 160,000 ‘active’ drivers in January 2015) but it’s clearly an issue that has struck a nerve.

In recent weeks, we’ve also seen a flurry of media activity from major news outlets (CNET, Huffington Post, MarketWatch) that have brought this issue to light.  These articles have highlighted everything from drivers who rate poorly when they don’t receive tips to the confusion between the 20% tip on UberTaxi rides and your traditional UberX rides.

A big problem for drivers in this space is that even though they are in an independent contractor relationship with Uber, Uber holds all of the cards.  If drivers could set their own rates or had the freedom to accept rides of their choosing, the tipping issue would be moot.

But since drivers don’t have control over a lot of major aspects of their business, this problem persists.  This point of contention is already being used by the plaintiff’s side in the current Uber employee lawsuit that will be heading to trial in California next year so it won’t be going away anytime soon.

Uber competitor Lyft, has actually had a tipping feature in their app since the beginning and it’s one of the most common reasons that I hear as to why drivers prefer Lyft over Uber.  But Uber employees that I’ve spoken with have often remarked that Uber will never add a tipping function because it creates too much friction.

I don’t think that’s the reason though since Lyft’s UI works pretty well.  After your Lyft ride is over, you rate your driver and provide feedback (just like with Uber) and you also have an option to submit a pre-selected tip amount.  Then you hit submit.

Ultimately, what it boils down to is this: Uber doesn’t have a whole lot of incentive right now to to add a tipping function.  They’ve obviously done pretty well for themselves up until this point so there’s not need to change anything.

But in the midst of all that growth, drivers are taking more and more of a hit to their income and are starting to look to alternatives to increase their revenue.  Apps like Vugo, petitions for tipping and media attention are just the tip of the iceberg.  I don’t think Uber realizes just how bad drivers want a tipping option and it will be interesting to see just how far drivers are willing to go to get it.